As the largest city in the Midwest, Chicago has a vibrant atmosphere, a rich history, and a diverse array of architectural gems that make it a truly exciting city. Besides being a popular tourist attraction, the Windy City is also one of the most preferred filming locations in the United States. It has been featured in some of the greatest movies of all time, from the family Christmas classic “Home Alone” to the intense crime drama “The Untouchables.” The following is a list of popular movies that were shot in Chicago. 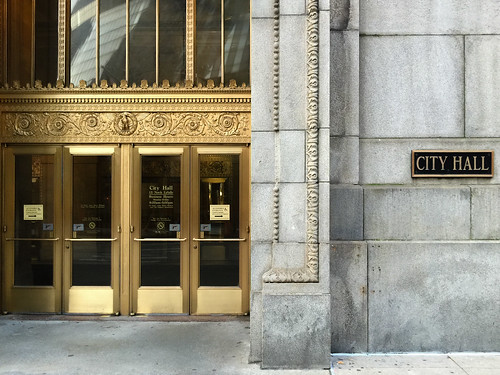 “The Blues Brothers” instantly earned a special place in Chicago history when it hit theaters in 1980. Even now, it isn’t uncommon to see people dressed like Jake and Elwood Blues at Chicago sporting events and during Halloween. The movie was shot almost entirely in and around Chicago from July 1979 to October 1979. Some of the notable locations include Pritzker Park, the now-closed Nate’s Deli, Pilgrim Baptist, Chicago District Park, and City Hall. If you’re a big fan of the Blues Brothers, it’s recommended that you join one of the Blues Brothers tours available in the city.

Christopher Nolan, the director of “The Dark Knight,” transformed Chicago into the fictional Gotham City for his hugely popular 2008 superhero film. The home of Wayne Enterprises in the movie was the former IBM building on North Wabash Avenue, while the rooftop of Willis Tower was where the Caped Crusader surveyed Gotham City. Also, don’t forget to take a drive or cab ride along Lower Wacker Drive in the downtown area, where Batman engaged in a high-speed pursuit of the Joker in his Batmobile.

In this 1986 teen comedy, Ferris Bueller skips school to embark on a day-long adventure in Chicago while trying to evade the suspicious student dean. During his day off, he admires masterpieces at the Art Institute of Chicago, watches the Cubs play at Wrigley Field, enjoys panoramic views of the city from Skydeck Chicago, and performs a rendition of “Twist and Shout” at a parade on Dearborn Street. Creating your own “Ferris Bueller’s Day Off” is a great way to see the top attractions of Chicago.

This 1993 blockbuster revolves around Dr. Richard Kimble, an innocent murder convict who finds himself in a cat-and-mouse chase with U.S. marshals in downtown Chicago. He gets away from the Feds at the Hilton Chicago, runs past the famous Chicago Picasso in Daley Plaza, and makes a phone call to the law enforcement officers from under the Wells Street Bridge. Another location worth checking out is the Kimble residence, which is situated on Wisconsin Street in Lincoln Park.

‘Transformers: Dark of the Moon’

Release in 2011, the third installation of the Transformers franchise pits the Autobots against the Decepticons, which results in the destruction of downtown Chicago. Fortunately, however, the city wasn’t destroyed in real life. The Chicago River appeared multiple times in the movie, along with some of the recognizable buildings on its banks, such as the Trump International Hotel & Tower and the Jewelers Building.

“Home Alone” is a 1991 hit movie that centers around a mischievous 8-year-old boy named Kevin McCallister who must protect his home from two burglars after his family accidentally left him behind during their Christmas vacation. He successfully thwarts the home invasion with weapons and traps made from toys and household items. The McCallister home is a beautiful mansion situated in the Chicago suburb of Winnetka, while the church featured in the movie is the Trinity United Methodist Church in the suburb of Wilmette. There’s also a memorable scene of the McCallister family sprinting through Chicago O’Hare International Airport.

“Public Enemies” is a biographical crime drama about infamous bank robber John Dillinger. The place where federal agents killed Dillinger in the movie is the actual site of his death, which is outside the Biograph Theater on Lincoln Avenue. However, the theater has been renamed Victory Gardens Theatre. Another well-known location in the film is Union Station, where a group of anti-Dillinger protesters gathered.

This 1987 crime film shows how Eliot Ness and his team of special agents put an end to legendary gangster Al Capone’s illegal activities and brought him to justice. Mostly shot in Chicago, the movie depicts the city as it was during the Prohibition era. If you’re going on an Untouchables tour, check out the Rookery Building, which served as the location of the Untouchables’ office, and Roosevelt University’s Auditorium Theatre, where Ness has a confrontation with Capone. Other locations worth checking out include the historic Blackstone Hotel, Union Station, Chicago Board of Trade, and Michigan Avenue Bridge.

Directed by Chicago-born Michael Mann, “Thief” is a 1981 gangster film that tells the story of an ex-convict who’s trying to lead a normal life. While it received mixed reviews, it manages to accurately portray Chicago’s seedy underbelly. If you’re a fan of this movie, you should pay a visit to Greenmill Cocktail Lounge and Halligan Bar. Located in Edgewater, Greenmill Cocktail Lounge is a historic bar that Al Capone frequented and that used to illegally sell liquor. Halligan Bar, on the other hand, is situated in Lincoln Park and has been a local favorite since the Prohibition era.

This 1991 thriller follows two Chicago firefighters who attempt to track down a serial arsonist. Nominated for three Academy Awards, it features the beautiful Graceland Cemetery, which is the resting place of local greats such as architect Ludwig Mies van der Rohe and sleeping-car inventor George Pullman. The two fire stations in the movie are the Chinatown fire station on Cermak Road and the fire station on West 42nd Street. Another interesting location you should see is the Uptown Theatre, which is well-known for its stunning architecture.

So, that’s the list of popular movies filmed in Chicago from Pequod’s Pizza. If you’re a Chi-Town local who loves movies, feel free to share other famous film locations that you know with our readers. We’ll surely add them to our list.