What Makes Chicago So Special? 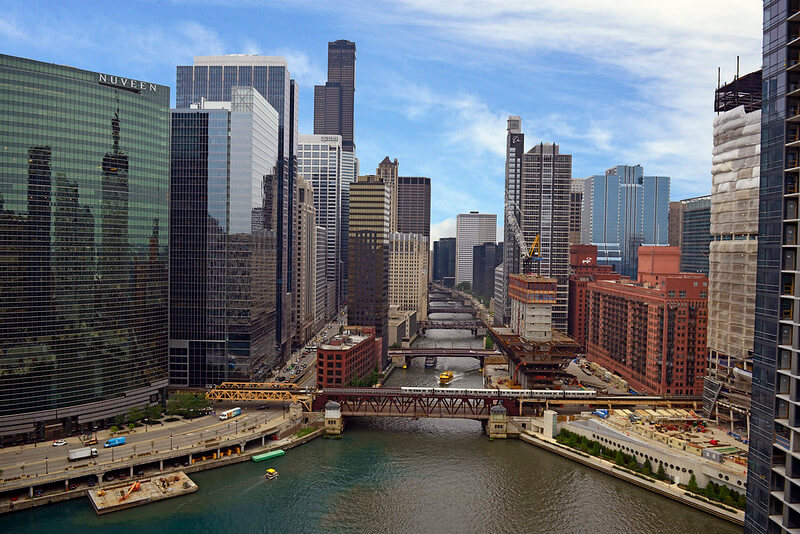 Sitting on the banks of beautiful Lake Michigan, Chicago, Illinois, is the third-largest city in the United States, just behind New York City and Los Angeles. Chicago is known for its jaw-dropping architecture, vibrant music scene, amazing food,  — including deep-dish pizza — and iconic neighborhoods. Let’s explore some of the best things that make Chicago special and unique.

One of the most famous things that Chicago is known for is delicious deep-dish pizza. This scrumptious style of pizza has layers of cheese, meat, toppings, and chunky tomato sauce in a deep pan lined with a thick crust made from flour and often cornmeal. The result is a thick, gooey, fragrant pizza you’ll want to eat day after day.

Unlike barbecue from Kansas City, Austin, or Memphis, Chicago-style barbecue uses a unique method to create mouthwatering ribs. The meat, placed inside a box of bricks wrapped in stainless steel, cooks for hours. Smoke and steam from the meat waft through a grate over the box and up through the chimney to the streets of Chicago. The heavenly smells make everyone who passes by want to order up a big plate of Chicago-style barbecue. The flavor differs from other styles of smokey barbecues, which makes the flavor unique to Chicago.

You can’t come to the Windy City and not have a Chicago-style hot dog. Born from the Great Depression of the late 1920s and early 1930s, the Chicago-style hot dog features all-beef franks and has toppings such as sliced tomato, chopped onions, mustard, pickle spears, roasted peppers, and celery salt nestled inside a steamed poppy seed bun.

The striking Tribune Tower is a must-see. The Gothic Revival limestone building has gorgeous buttresses, artistically carved stonework, and an octagonal campanile. In 1922, the Chicago Tribune created an international competition to see who could come up with a stunning design for its new downtown headquarters. New York architects Raymond Hood and John Mead Howells won the competition with their flamboyant Gothic-revival design. Today, work has begun to turn the historic building into condominiums.

The oldest standing high-rise building in Chicago, the Rookery Building has the distinction of being on the National Register of Historic Places. The Rookery, built in 1888, has a gorgeous glass-enclosed light court redesigned by iconic architect Frank Lloyd Wright in 1905. The Rookery Building, one of the most historically significant buildings in Chicago, today offers LEED-certified office spaces to rent as well as space to hold private meetings and events.

Enjoy the beauty and events at the Chicago Cultural Center. This stunning building, built in 1897 to showcase Chicago’s status as a wealthy metropolis, hosts free cultural events throughout the year. The designers used opulent materials to build the Cultural Center. When you stroll through the building, you’ll see rare imported marble, highly polished brass, and wooden floors, stairs, and trim work made from rare hardwoods. The main focal point of the Cultural Center building is the two magnificent stained-glass domes, with the southern one being the largest stained-glass Tiffany dome in the world.

Enjoy a part of Chicago’s history by attending a ball game at the historic Wrigley Field, home of the Chicago Cubs. The park opened in 1914, and the Cubs played their first game there in 1916. Originally named Cubs Park, the name was changed to Wrigley Field after chewing gum magnate William Wrigley Jr. obtained full possession of the Cubs in 1921. The park is known for its ivy-colored brick walls as well as the red marquee at the main entrance.

Get a great view of Chicago’s skyline while strolling along the Chicago Riverwalk. Walk along the paths that parallel the Chicago River, and stop and enjoy a bite to eat, shop for souvenirs, or enjoy the many rest stops with sweeping views of downtown Chicago. You can rent a kayak if you want to get out on the water, fish off the fishing pier, take in the public art on display, or just enjoy the birds and wildlife that live along the riverbanks.

You don’t want to miss a visit to Navy Pier on the shoreline of Lake Michigan. As one of the most visited destinations in the Midwest, Navy Pier has over 50 acres of shops, restaurants, and family attractions. The pier, originally built in 1916, held ships that docked there, and in 1946, the United States Navy used the facilities as a training center. Today, this Chicago historical landmark hosts thousands of visitors annually who come to enjoy the amusement rides, the food, and the entertainment.

Steeped in Chicago’s music history, the Green Mill Cocktail Lounge, located in the Uptown neighborhood, is known for hosting jazz performers as well as poetry readings. As you sit and sip a cocktail, you can feel the history of the Chicago mob that frequented the bar in the 1920s and 1930s. In fact, you can sit in the same booth as infamous mobster Al Capone sat in. Today, the Green Mill attracts a diverse crowd, from well-dressed socialites to college students in urban attire, who come to enjoy the music and performances.

Built in 1947, the Jazz Showcase has put thousands of performers on stage. It has hosted — and still hosts — some of the best jazz acts in all of Chicago and beyond. Sit where Chicago VIPs once sipped cocktails at the front-row tables while watching famous jazz musicians. Today, you can be entertained by top-name international and home-grown Chicago jazz performers.

With so much to do and see in Chicago, we urge you to come to visit soon and stay for a while to enjoy the attractions, nightlife, and amazing food, especially some of Pequod’s Pizza‘s famous caramelized deep-dish pizza and other Italian delicacies. After a fun day exploring the attractions, and before hitting one of the music venues, stop by our restaurant in the famous Lincoln Park area of Chicago and see what Chicago deep-dish pizza is all about.